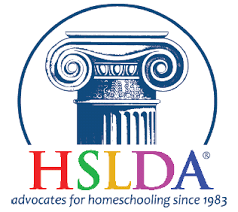 February 12, 2013 (HSLDA) - Having immersed myself for about eight days in writing a brief for the Romeike family (a German homeschooling family who fled to the United States for political asylum), I wanted to share some insights I gained into the view of our own government toward the rights of homeschooling parents in general.

You will benefit from some context.

The U.S. law of asylum allows a refugee to stay in the United States permanently if he can show that he is being persecuted for one of several specific reasons. Among these are persecution for religious reasons and persecution of a “particular social group.”

In most asylum cases, there is some guesswork necessary to figure out the government’s true motive—but not in this case. The Supreme Court of Germany declared that the purpose of the German ban on homeschooling was to “counteract the development of religious and philosophically motivated parallel societies.”

This sounds elegant, perhaps, but at its core it is a frightening concept. This means that the German government wants to prohibit people who think differently from the government (on religious or philosophical grounds) from growing and developing into a force in society.