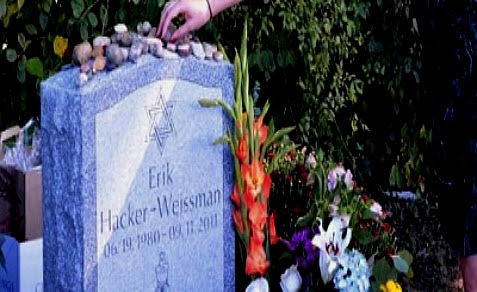 The fact that three men were brutally murdered on September 11, in murders which remain unsolved but in which the victims have now been connected to Tamerlan Tsarnaev, cannot be ignored.

ne aspect of the unsolved brutal throat-slashing murders of three men in a Waltham apartment in 2011, all three of whom knew Tamerlan Tsarnaev, the dead suspect in the Boston Marathon Bombings, has been overlooked.

It may be pure coincidence, but it turns out that Erik Weissman, 31 of Waltham, Raphael Terek, 37, of Waltham and Brendan Mess, 25, of Waltham were murdered on September 11, 2011. Terek and Weissman were Jewish.
That Tamerlan Tsarnaev knew the three men who were murdered became known recently, and the fact that Tamerlan was very close with at least one of them but never showed up for the funeral or memorial services, was considered odd at the time, but memory faded.

The exact date of the murders  – September 11 – and its significance, had not yet been recognized.
Despite efforts of officials and the mainstream media to avoid any linkage between the bombings just two weeks ago and a violence emanating from a particular form of radicalized Islam, everyone has now been forced to acknowledge that connection.