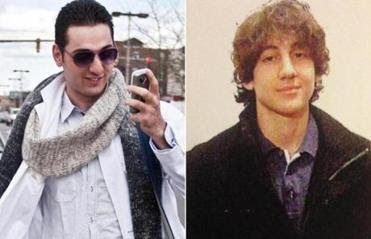 Russian authorities alerted the US government not once but ``multiple’’ times over their concerns about Tamerlan Tsarnaev -- including a second time nearly a year after he was first interviewed by FBI agents in Boston -- raising new questions about whether the FBI should have focused more attention on the suspected Boston Marathon bomber, according to US senators briefed on the probe Tuesday.

The FBI has previously said it interviewed Tsarnaev in early 2011 after it was initially contacted by the Russians. After that review, the FBI has said, it determined he did not pose a threat.

In a closed briefing on Tuesday, members of the Senate Intelligence Committee learned that Russia alerted the United States about Tsarnaev in ``multiple contacts’’ -- including ``at least once since October 2011,’’ said Richard Burr, a Republican of North Carolina, speaking with reporters afterward.

Senators said the briefing also revealed failures among federal agencies to share vital information about Tsarnaev, indicating, they said, that the US government still has not established a strong system to ``connect the dots’’ about would-be terrorists residing in America more than a decade after 9/11.