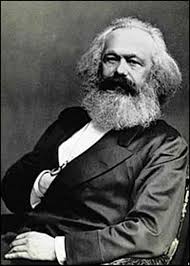 Writer Roy Beck noted, in an article back in October, 2009, on http://www.numbersusa.com that: “Leaders of most of the nation’s evangelical Christians made a shocking endorsement of illegal-alien amnesty today in Senate testimony…Rev. Leith Anderson, president of the NAE, was invited by Senator (Charles) Shumer (D-N.Y.) to testify in favor of the Senate immigration chairman’s push to create amnesty legislation this fall. Sen. Shumer asked Rev. Anderson if many of his colleagues agree with his support for legalizing 12-20 million illegal aliens and increasing the legal immigration far higher than the 1 million a year current level…

Rev. Anderson answered that there was no dissent in adopting the pro-amnesty resolution on the 75-member NAE board of directors. Zero dissent!” Not only that, the NAE doesn’t want to be bothered hearing any other viewpoints. Their minds are made up, so please don’t confuse them with any facts! So the entire NAE board of directors is in favor of amnesty for millions of illegal aliens. Charles Shumer is one of the most leftist members of the Senate, yet here he seems to be in concert with the NAE. That should tell you something–not about Shumer, but rather about the NAE (National Association of Evangelicals).