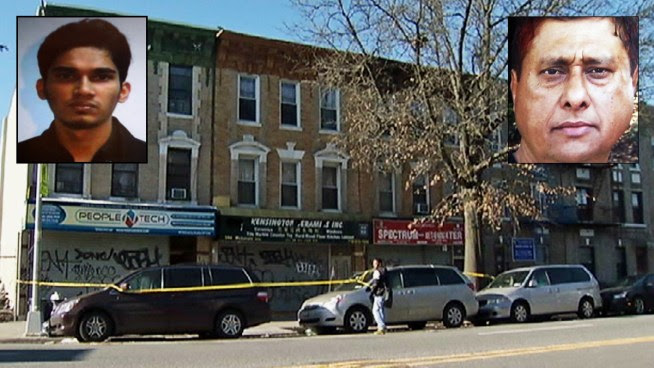 A 27-year-old man has been charged with murder after the landlord of his Brooklyn building was found nearly decapitated in the basement Tuesday, police say.
Rasel Siddiquee was arrested early Wednesday in connection with the death of Mahuddin Mahmud, a 57-year-old businessman and father of three who was found with his head nearly cut off and his face burned in the basement of a building he owned, according to the NYPD.
More @ NBC
Posted by Brock Townsend at Saturday, January 11, 2014