$NAACP$ watching for discrimination during bikefest 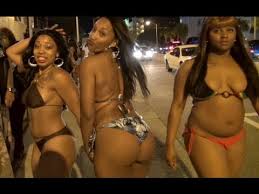 Thursday the National Association for the Advancement of Colored People (NAACP) announced year seven of Operation Bike Week Justice in Myrtle Beach. The organization will be monitoring during the weekend of Atlantic Beach Bike Bikefest to see if black bikers are treated the same as white bikers who were just in the Grand Strand for the Harley Davidson Bike Rally.

"When they come to Myrtle Beach they should not be treated differently because of their race," said Rev. Nelson Rivers III, Vice President of Stakeholder Relations Field Operations and Membership Department for the NAACP.