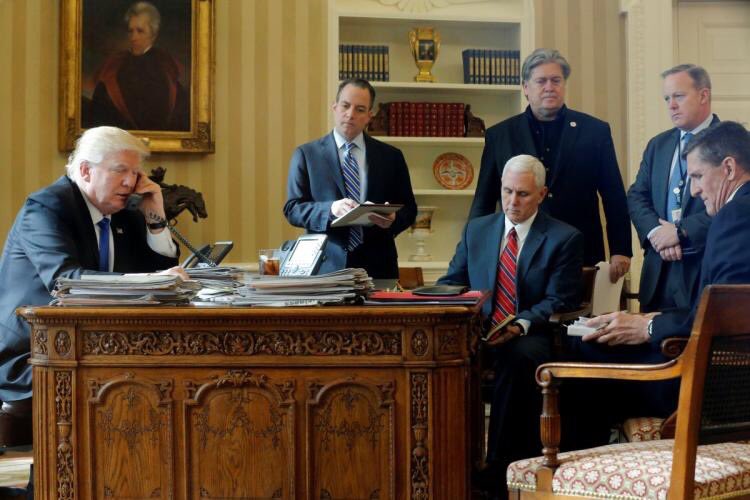 Matt Drudge reported that Steve Bannon is out. Drudge tweeted from his personal Twitter account, “Bannon had one hell of a run..”
Now the same reporters who had inside knowledge of many other White House staffers’ departures are reporting Mike Pence is one of the driving forces behind the coup to remove Trump from office.

ndependent journalist, Mike Cernovich, who broke the Susan Rice unmasking story revealed Friday on Periscope that Mike Pence is working to remove Trump in a Deep State coup. Sources are also telling Cernovich and other independent journalists that the Republicans in Congress are counting votes for impeachment. The House is reportedly 3 votes away from an impeachment vote.


More with video @ The Gateway Pundit
Posted by Brock Townsend at Friday, August 18, 2017