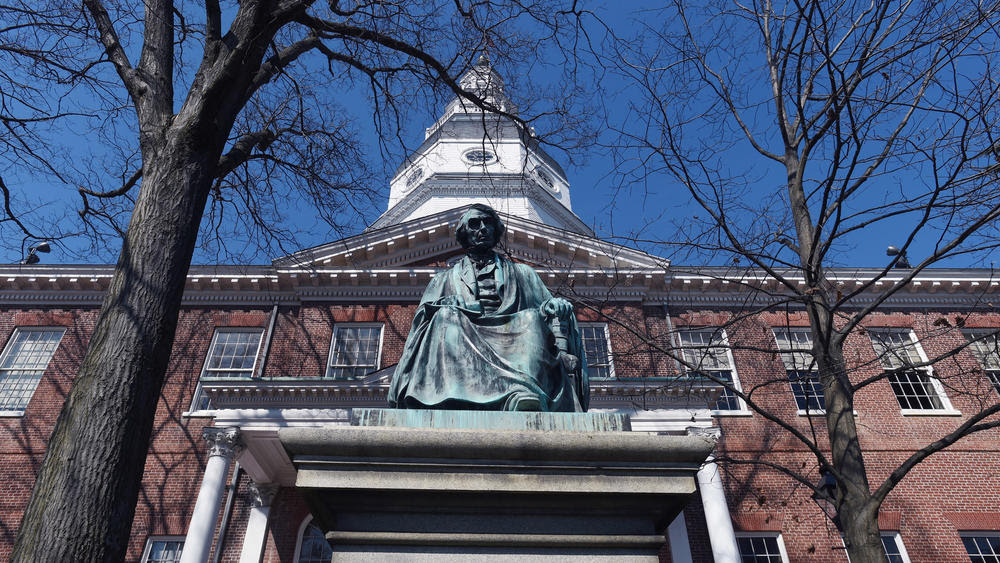 Under the cover of night, a work crew removed the statue of former Supreme Court Chief Justice Roger B. Taney, taking down the author of the infamous Dred Scott decision from his 145-year prominent perch in Annapolis.

Cheers erupted from a few dozen onlookers as the hulking bronze statute of Taney was lifted from its pedestal on the State House front lawn just before 2 a.m., clipping tree branches on its path to a waiting truck bed. It’s the latest monument linked to the Confederate era to be removed from a public square since white nationalists rallied in Charlottesville, Va., last weekend.

State officials have been under mounting pressure to take down the Taney statue. Republican Gov. Larry Hogan reversed his stance on the matter this week. His shift provided enough votes for the four-member State House Trust on Wednesday to approve removing the monument.


More with video @ The Baltimore Sun
Posted by Brock Townsend at Friday, August 18, 2017