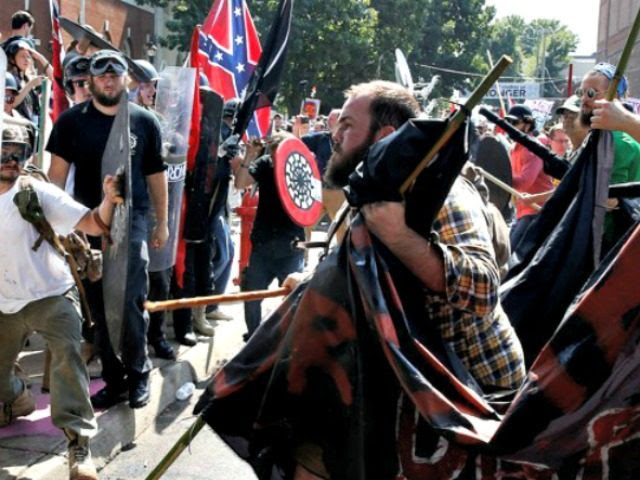 “But the question, Mr. Secretary, is, you have the one crowd that has the permit, and I get it, you want to keep them moving, you want to keep them out and all the rest of it, but then you have another crowd, equally charged, heavily armed, and looking to hurt the first crowd, why was that second crowd, the so-called ‘counter-protesters,’ why were they not immediately dispersed?” Katz asked.
“Well, we’ll review all of this,” Moran responded:

Virginia Secretary of Public Safety and Homeland Security Brian Moran told Richmond talk radio host Jeff Katz on Monday that Governor Terry McAuliffe “made the decision . . . to shut things down” at Emancipation Park in Charlottesville on the morning of August 12.

Appearing on Katz’s 1140 AM WRVA radio program, Moran explained the rapidly moving sequence of events that began at 11:22 a.m. when he phoned Governor McAuliffe from the City of Charlottesville Command Center located on the sixth floor of the Wells Fargo building in downtown Charlottesville, just a few blocks from Emancipation Park.

“In light of the escalating violence we had to shut things down,” Moran told Katz (beginning at the 4:15 mark in the audio recording of the interview).