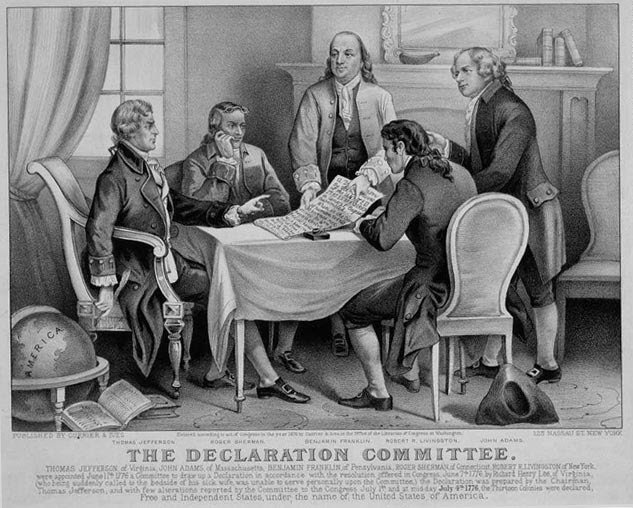 For most of the war no more than 25% and sometimes less than 10% of the people supported independence & the revolutionary government, depending on it's fortunes. Then ask yourself, "How could someone like George Washington, who was literally risking a noose as well as loss of all his substantial property, keep on fighting?" How could someone love liberty that much? And what would Washington & the rest think of those corrupt, arrogant tyrants that rule us today, when they wouldn't even put up with a little tax on tea?
Posted by Brock Townsend at Thursday, June 11, 2015