Dan Simpson: The U.S. has few options in the Middle East

Via David "Talk with ISIS?  Engage them in a discussion and treat them as genuine, sincere, well-meaning people who are just misunderstood and want a hug and to sing kum-ba-ya?  What next, offer them jobs at Turtle Bay?

THESE ARE PEOPLE WHO WANT ONLY THREE THINGS: OUR CONVERSION TO THEIR 7TH CENTURY VERSION OF ISLAM, OUR SUBMISSION TO SHARIA LAW, OR OUR DEATH.  They want to re-establish the Caliphate, first in its original territory, then in Europe, and eventually the world.  WHAT PART OF THIS IS SO FUCKING UNCLEAR?

If this is the cognitive ability of our State Department, we are SO SCREWED.

Here's MY peace plan for ISIS:

1. Saturate the airspace above Syria and Iraq with drones; someone so much as shows an ISIS flag they get a missile up their ass.

2. No mercy in the manned-plane bombing campaign.  Round the clock.

3. Send in massive ground troops after they're softened up.

4. Any ISIS corpse found is castrated.  Air drop the "junk" over territory they still hold.  The bodies get buried in pig entrails imported for the purpose.

5. Any ISIS captured alive gets interrogated, waterboarded, etc.  Then kept in a prison camp with NO Korans, NO prayer rugs, and patrolled around the outside of the camp by guards with pigs on leashes, after having last rights and a conversion of their souls by compliant priests (could be people dressed up as such), and those videos broadcast on SM to ISIS addresses.  "Make up" Imams who say that a soul so "converted" is no longer a Muslim." 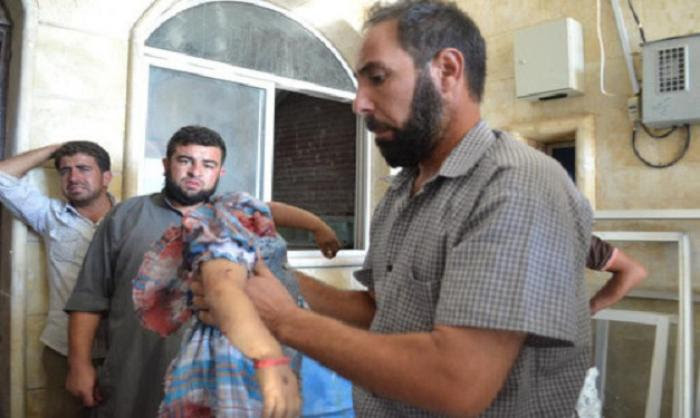 In terms of U.S. Middle East policy, we are at the point where the question should be not “How do we make things come out our way?” but “How do we deal with the realities on the ground to our best advantage?”

In neither Iraq nor Syria is it a question now of whom we should back to win.

In Iraq, after 12 years of war, the choice is between the Shiites, including the Abadi government; the Sunnis, who ruled the place from independence in 1932 until we invaded in 2003; and the Kurds, digging in ever deeper in the north.