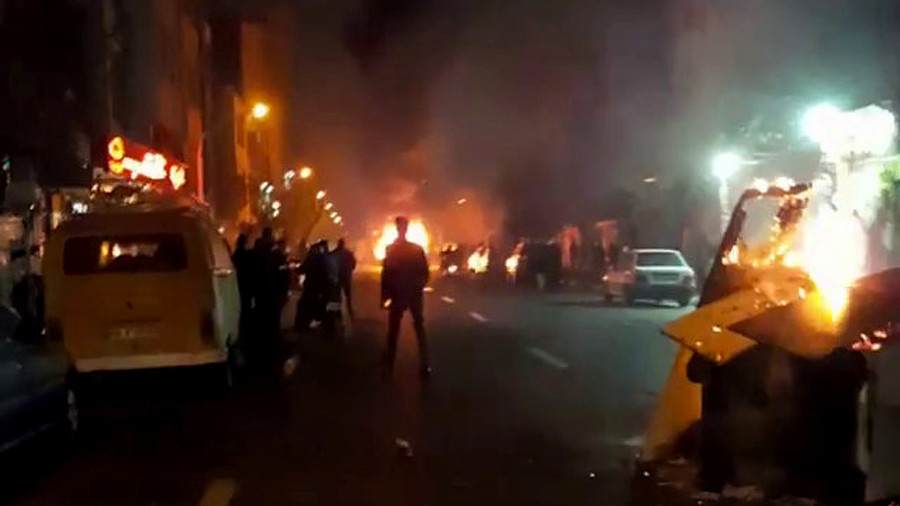 At least 9 people were killed and some 100 were arrested overnight as unrest across Iran entered a sixth day, Iranian media said. The country’s supreme leader accused “enemies of Iran” of orchestrating the demonstrations.

Among those killed were six protesters who had attempted to steal guns from a police station in the town of Qahdarijan, Iranian state TV said, as cited by AP. Another two people were killed in the town of Khomeinishahr, and the ninth fatality was a member of Iran’s paramilitary Revolutionary Guard in the town of Najafabad.