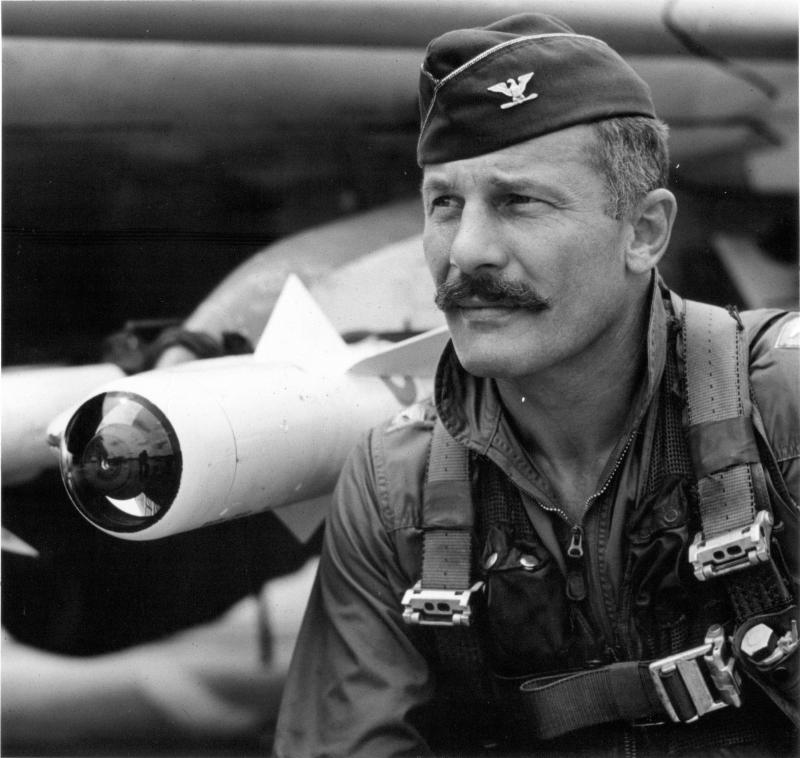 Col. Robin Olds, Commander, 8th Tactical Fighter Wing, United States Air Force
The exploits of the legendary Col. Robin Olds and the "Wolf Pack" of the 8th Tactical Fighter Wing during the Vietnam War are well known among military aviation enthusiasts.  Col. Olds' skill as a fighter pilot and reputation as an effective combat leader, earned during three decades of distinguished military service, are held in high regard by peers and historians alike.  The story of his principal adversaries in Southeast Asia, the pilots of the fledgling Vietnam People's Air Force (VPAF), is not well known in the West.  Preeminent among these pilots was Capt. Nguyễn Văn Cốc of the 921st Fighter Regiment, the top scoring fighter ace of the Vietnam War.  On 2 January, 1967 the destinies of these two formidable air warriors came together during a brief and decisive air battle over North Vietnam.  This encounter ended in a lopsided victory for the "Wolf Pack," but that was not the whole story.  The VPAF proved to be resilient and resourceful in recovering from this defeat, and lessons learned from this epic air battle shaped strategy and tactics employed by both opposing forces throughout the remainder of the war.
More @ Lyon Battle Museum
Posted by Brock Townsend at Tuesday, January 02, 2018